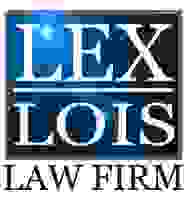 We are one of the top Civil lawyers in India helping you in dealing with civil cases like property matters, partitions, recovery matters, employment matters and any other matters falling under civil law easily. As there are several cases related to asset problems, where the deserving one is denied to have it. We have an expert law firm with professional civil lawyers in Tamilnadu and our clients can easily reach us for legal services.

Lexlois Law Firm extends its abilities and proficiency in handling criminal cases with efficient criminal advocates for both High Court and Supreme Court cases. If you are in need of talented criminal lawyers in Tamilnadu, then you can consult our lawyer's team. We thoroughly study the case and present it with utmost precision. Whether it is bail or handling a murder case, anti-corruption cases, we can offer a professional representation before the High Court including apex body.

When it comes to corporate law practice of our Lexlois Law Firm, we offer legal services like guidance for company formation, corporate approval, secretarial compliances, joint ventures, mergers and acquisitions, project finance documentation, security documentation. In addition we practice NCLT (National Company Law Tribunal) for our Clients. we have team of lawyers, who can perform NCLT cases for corporate solution.

In dealing with Divorce as well as other family law cases, we have specialised high court lawyers in Tamilnadu. Prior to the petitioning of a Divorce case, the couples should undergo a counselling and mediation, where we could deeply analyse the problem and is a second chance to reunite, & to make a rethinking. Failing so, we will proceed the filing of the case.

(ii) Petition on the ground of cruelty,

As per certain changes in the system of law, we define certain rights of ownership in properties like Power of attorney and matters dealing with successions and trust in handling a particular property which can be real or personal.

Our style of work always gives priority to individual attention to all the clients about the valuation of the property. To safeguard the rights and interests of our clients, we will make sure scrutinising of all the property documents that are essential for avoiding further complications or risks linked with it.

On closely monitoring all the cases we handle, we assure that your interests are safe in our hands.

We offer legal assistance for banking and insurance purpose and on all type of commercial banking transactions like negotiations, personal loans, securitisation, mortgage etc. We have an ardent team of efficient lawyers in Tamilnadu who are capable of handling any kind of banking and insurance legal needs.

If you require any kind of legal services for meeting your banking or insurance purpose, then get the professional legal assistance of the best advocates in Tamilnadu.

We provide comprehensive legal service and advisory work on all type of commercial and banking transactions including:

Our dedicated advocate team/ lawyers in Tamilnadu will fight for trademark and copyright legal issues. A Trademark is a visual representation attached to goods and services for the purpose of indicating their trade origin. It is a visual symbol which may be a word, signature, name, device, label, numerals or combination of colours. Our experts and specialized team of Intellectual Property Lawyers advise clients on various aspects of drafting, filing and registration of Trademarks efficiently.